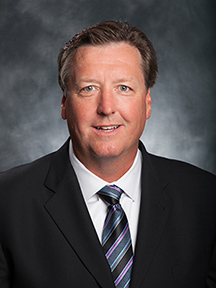 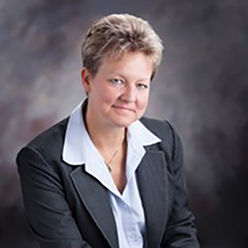 Both Domek and Siddons have a rich history in McHenry County, and have shown long-term commitment to its growth and economic development. Both also have extensive experience serving on boards. Domek, founder and partner in Domek Logistics, LLC out of Crystal Lake, started this international logistics company nearly a decade ago.

“As a local business owner and lifelong resident of McHenry County, I am honored to serve MCC on its Board of Trustees,” stated Domek. “MCC is an asset to both its students and the local community. I look forward to helping maintain the current level of excellence and assisting in its future initiatives,” he added.

Siddons also brings her business perspective to the board, with over 25 years of leadership experience in manufacturing and the tool and diagnostics industry, including Illinois Tool Works and Snap-on Inc. As an MCC distinguished alumna, she has served as guest speaker at former commencement ceremonies, and has been a long-time supporter of the College through its Education to Empowerment program and by establishing a scholarship for veterans.

“It is an honor and privilege to have been chosen for this very important role,” Siddons said after being appointed. “I look forward to serving the College and our community.”

After the appointments were made, MCC Board of Trustees chairperson, Mike Smith, stated, “As a Board, we are very enthusiastic about both Dave Domek and Mary Beth Siddons joining us as trustees. We were privileged to have a strong pool of candidates from which to select, and we truly appreciate the willingness of all of these community leaders to step up and volunteer their services. We genuinely believe that the business and financial backgrounds that both Dave and Mary Beth bring to the Board will make strong contributions to our governance and to the success of MCC as an institution,” Smith said.

Domek and Siddons each took their formal oath at the special meeting on October 29. Both seats will be up for re-election in the April 2019 election, at which time the individuals will need to re-run if interested in the permanent, full-term seats.