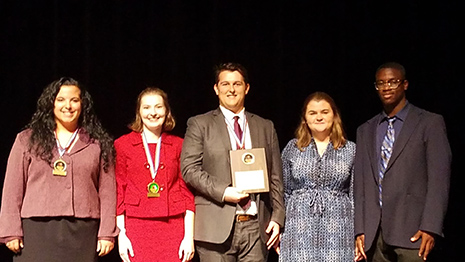 “I was thrilled that this brand new team was able to step up and win a team award at the first tournament of the season,” said Forensics coach Bonnie Gabel.

The team is looking forward to their next competition at Highland Community College in Freeport, November 16-17.